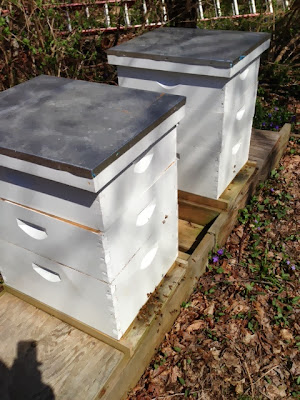 “Dance of the Honey Bee”

Bill presents and introduces the short documentary Dance of the Honey Bee. Narrated by Bill McKibben, the film takes a look at the determined, beautiful and vital role honey bees play in preserving life, as well as the threats bees face from a rapidly changing landscape. “Not only are we dependent on the honey bee for much of what we eat,” says Bill, “there is, of course, a grace and elegance they bring to the natural world that would diminish us all were they to disappear.”
Producer, Director, Photographer & Editor: Peter Nelson.
Narrator: Bill McKibben. Original music: John Powell. Audio: Merce Williams.
Intro Producer: Lena Shemel. Intro Editor: Paul Desjarlais.
Posted by GloucesterWomanBaskets.blogspot.com at 5:21 PM